The Masonic Plan for the destruction of the Catholic Church 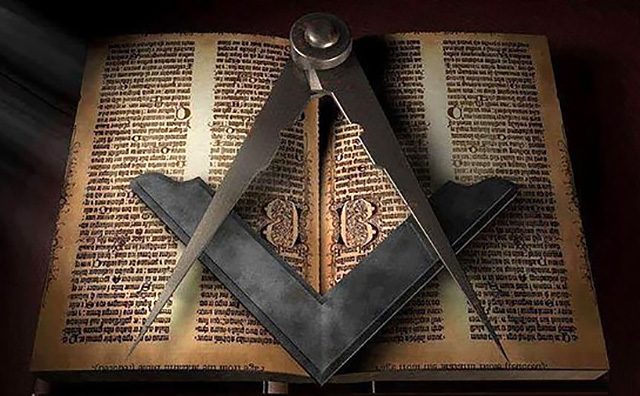 Our ultimate goal is that of Voltaire of the French Revolution: namely, the complete annihilation of Catholicism and even of the Christian idea …

With the passport of hypocrisy, we can conspire with all our opportunity and reach, little by little, our goal. (…) What we must try and wait for, as the Jews await the Messiah, is a Pope according to our needs. (…). There is little to be done with old Cardinals and with prelates of decided character (…).

You must aim at the Youth: You must seduce the young! It is necessary that you attract the youth, without them knowing it, under the banner of secret societies. (…)

You want to revolutionize Italy? Look at the Pope of which we have painted a picture. Do you want to establish the kingdom of the elect upon the throne of the prostitute of Babylon?

Let the clergy walk under your flag, believing they are walking under the banner of the Apostolic Keys! (…)

Widen your networks; extend them to the heart of the sacristy, seminaries and convents (…). You must look for friends and ones that will lead to the foot of the Apostolic See.

So you’ll discover a revolution in a tiara and cape, preceded by the cross and banner, a revolution that will need a little help to set fire to the four corners of the world.

Catholicism, and even still less the monarchy, is not afraid of the tip of a dagger, but these two bases of social order can fall under the weight of corruption. They never tire of a bribe. (…) Vice is popularized in multitudes.

Those who breathe with the five senses, and those who drink, will be drenched (…).

Make hearts vicious and you’ll have no more Catholics. Remove the priest from work, from the altar and from virtue.

Have him look elsewhere to occupy his thoughts and his time. Make him idle, glutinous (…); have him become ambitious, intriguing and perverse.

The aim is very good for ambitious men like us. (…) The best dagger to assassinate the Church and strike at its heart is corruption. So work towards this end.

Pope Leo XIII, in his 1884 encyclical against Freemasonry: “Humanum genus”, having recognized the division of mankind into two adverse and opposing camps (the first is the kingdom of God on earth, that is the true Church of Jesus Christ and the second is the kingdom of Satan):

The ultimate goal of Freemasons being to persecute Christianity with relentless hatred, and that they will never be at peace, – not ever until they will not see all religious institutions founded by the Popes on the earth.

Wanting to destroy the religion and the Church founded by God, Himself, and His assurance of immortal life (…) is signal folly and audacious impiety!

After the publication of the “Humanum genus”, The Bulletin of the Symbolic Scottish Grand Lodge expressed, in these terms, the thought of the sect:

The Freemasonry can not help but thank the Supreme Pontiff of the last encyclical. Leo XIII, with unquestionable authority, and with great luxury of evidence has demonstrated once again that there is an unbridgeable gulf between the Church of which he is the representative, and the Revolution, of which Freemasonry is the right arm.

It is good that the skeptics cease to entertain vain hopes. All must get used to the understanding that one must come forward to re-choose between the old order that rests on Revelation and new order which does not recognize any other foundations then that of science and human reason, in the spirit of authority and spirit of liberty. 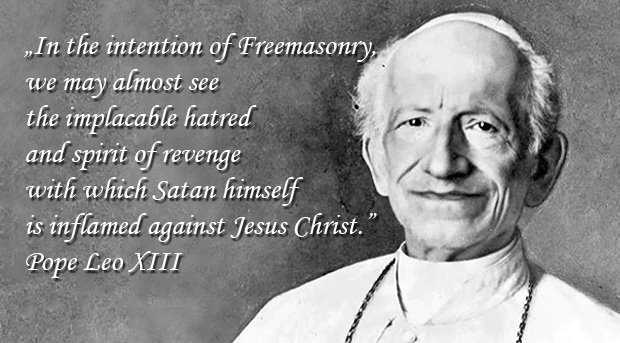 Their ultimate purpose forces itself into view – namely, the utter overthrow of that whole religious and political order of the world which the Christian teaching has produced, and the substitution of a new state of things in accordance with their ideas, of which the foundations and laws shall be drawn from mere naturalism.

to use the words of St. Augustine:
men think, or would have it believed, that Christian teaching is not suited to the good of the State; for they wish the State to be founded not on solid virtue, but on the impunity of vice.