• The declaration that non-Catholic religions are the means of salvation, which is in direct contradiction with the Catholic dogma, which states that there is no salvation outside the Catholic Church.

• Writing in an official document that the Catholic religion is only a “means of salvation” like other religions and that this is how children should be taught.

• Publication of a document on communion in which heretical and schismatic sects are defined as individual churches belonging to the Church of Christ, which is in direct contradiction to the teaching of the Holy Catholic Church, Credo and the teaching of the Apostles.

• Announcement of a new Code of Canon Law, which includes the heresy of Vatican II regarding the Church, approving the sacrilege of giving Communion to non-Catholics and authorizing Catholics to participate in non-Catholic worship (which is a mortal sin).

• Repeated approval of the heresies of Vatican II, especially those concerning the Church and religious freedom, thus contributing to the systematic destruction of the Catholic faith among people.

• Promulgation of the ecumenical directory, which allows for disgusting acts of communion with heretics and the mixing of sacred things with their disastrous practices for souls, e.g. permission to use the ministry of Lutheran preachers, or permission to Communion with non-Catholics.

• Declare that non-Catholic religions, which have been condemned by the Apostles themselves, have apostolic missions from God.

• Stating that Muslims and followers of Judaism worship the same God as Christians, even though their religions directly contradict the divinity of Jesus Christ.

• Calling the Jews (followers of Judaism) older brothers in faith, and approving the Vatican document, which says that the expectation of the Jews for the Messiah was not in vain, and that they supposedly have their own covenant with God, and this blasphemy leads to the recognition of the Jews as in unity with God and not converting them.

• Public and solemn kissing of the Koran, i.e. a book that contradicts the basic truths of the Catholic Faith, such as, for example, the divinity of Jesus Christ and His death on the cross.

• Praise by the signed document of the joint declaration of justification, according to the heretical faith of the sect called “Lutherans”, which contradicts the teaching of the Council of Trent on justification.

• In praise of the Heretic, Martin Luther, calling him a deeply spiritual man.

• Saying in the Lutheran church in Rome that the miracles of Jesus Christ do not prove his messianic dignity, contrary to the teaching of the Catholic Vatican Council of 1870.

• Recognizing the mass (which does not include the words of consecration) of Nestorian heretics in Iraq as important and encouraging people to attend it.

• The beatification of the heretic mother Teresa, who publicly worshiped the Buddha statue and did not seek to convert Hindus, but encouraged them to remain “good” Hindus.

• Allowing heretics and schismatics countless times to perform their worship in buildings and places once belonging to the Catholic Church, such as giving “blessings” to the people gathered in them.

• Deliberate permission for the oldest form of idolatry in Assisi, that is, the worship of fire by Zoroastrian priests, and it was this practice in the Old Testament that was the reason God called Abraham to dissuade him from this idolatry and establish the true Faith through him.

• Removal of the crucifix from the altar in Assisi in 1986 and approval of its replacement by Buddhist monks with a golden statue of Buddha.

• In praise of the Voodoo religion, which is a cult of demons and snakes.

• Permission to mark oneself in papal disguise with a pagan sign (symbol made by cow dung on the forehead) of Shiva (one of the gods included in the Hindu caricature of the Holy Trinity) and to drink a ritual concoction during a pagan ceremony in the islands of Fiji.

• Permission for a naked-breasted American student to read a letter during a Mass in New Guinea. 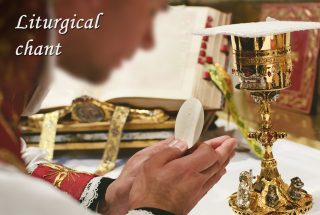 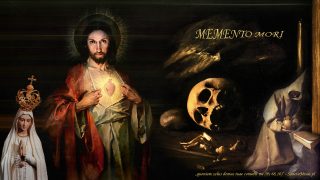