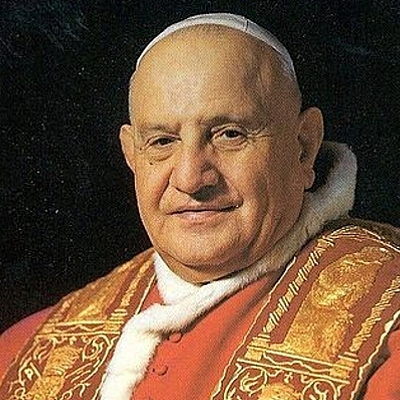 Angelo Giuseppe Roncalli was liberal and modernist from the very beginning.

This was most likely inspired by his first spiritual director, Parrechi, who was known for his “exceptionally liberal views”.

He had a tendency to find friends among modernists.

Among them were Carlo Ferrara and Cremony Bonomelli, both open modernists, as well as Lambert Beauduin, a “Benedictine” advocate of the liturgical “renewal”. A few of his closest seminar friends, including a roommate from the seminary and a person who was present at his ordination, were later to be excommunicated for modernism.

He showed great caution all the time – he was undoubtedly hypocritical in concealing his views.

When he became a professor of patristy at the Lateran University, he was removed after a few months due to “suspicion of modernism” and “proclaiming the theory of heretic Rudolf Steiner”. He was sent to exile to Bulgaria and Turkey.

Italian writer Pier Carpi claims that he has clear evidence that Roncalli during his stay in the Middle East, was admitted to Freemasonry.

Maurice Bardet, a well-known freemason in the Masonic publication “Les Echos du surnaturel”, informs us that he was his adviser. Several members of the French police assigned to his protection at the time, certified that he visited the Grand Lodge of the city in Paris, every Thursday evening in civilian clothing.

It is undisputed that the antipope John XIII was under the influence of heretic Teherhard de Chardin and widespread faith in development and progress.

Whenever there was a need, he simply denied the Catholic popes.

He completely rejected the Catholic encyclicals “Mirari Vos” and “Singulari Nos” by Gregory XVI, “Quanta Cura” by Pius IX, to which Syllabus was attached as an appendix.

When his friend asked him how he was doing as a successor to such a great man as Pope Pius XII, he answered with impudence:

I try to imagine what my predecessor would do, and then I do exactly the opposite.

When one day the journalists asked him whether he would continue the line of his predecessor, Pius XII, he replied:

We will do the exact opposite of what Pius XII would do.

In these statements, he himself proved that he is not a Catholic pope, but an antipope, because he was directed exactly against (anti) the last Catholic Pope Pius XII.

As a freemason, he left the Catholic Church and created the Antichurch of Antichrist on the basis of the heretical Vatican Council II, which tried to persuade Catholics to adopt a new doctrine of false ecumenism, religious freedom that remain and always contradict the teaching of the Catholic Church.

This council was a cunning maneuver calculated to achieve a change in ecclesiastical doctrine and discipline, thereby initiating the destruction of Catholicism in the souls of many people and even whole countries. 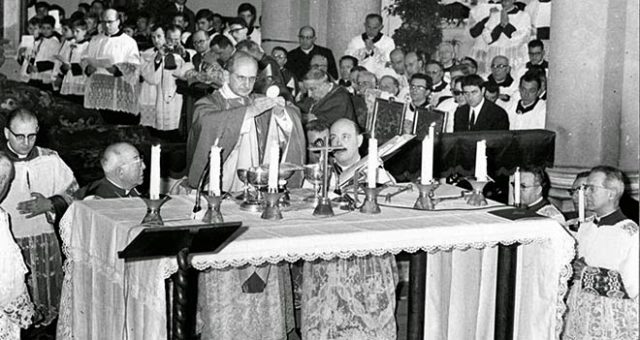 Antipope John XXIII was the father of Mass Neoplasm.

He changed the canon of the Holy Mass, which is always considered by the Catholic Church as its most important and unchanging part, during which the transformation of bread and wine into the Body and Blood of our Lord Jesus Christ, ie the so-called the rule according to which the Holy Mass should be celebrated, coming from the apostolic times.

Thus, he inspired his successor antipope Paul VI, who with the help of 6 Protestant “experts” and Masonic antibishop Bugnini, also changed the very words of consecration and introduced words that the Lord Jesus never uttered.

He also reduced the use of the “Iudica me Deus” psalm, as well as the reading of the Last Gospel, which soon led to their complete omission. He liquidated the “Confiteor” before the communion, as well as some signs of the cross in the Holy Mass. He also removed the final prayers after Mass, which introduced Leon XIII for the conversion of Russia and sinners.

The Blessed Virgin Mary in Fatima demanded that her Third Secret of Fatima be proclaimed by the Pope until 1960.

Antipope John XXIII did not listen to the Mother of God, what he proved again that he was not a Catholic Pope.

On June 25, 1959 in the encyclical “Ad Cathedram Petri” he called non-Catholics separated brothers and sons.

Through the establishment of the “Secretariat for Christian Unity” and by the admission of Geoffrey Fischer, the freemason of the Old Reptonian Lodge no. 3725 belonging to the Grand Lodge of England, and later the Grand Chaplain of the Grand Lodge of the Mother in the world, responsible for the Philo-Protestant Anglicanism, he tried to derive Catholics in a turbulent stream of false ecumenism and prepare them for the heretical and blasphemous Vatican II Council.

During an official meeting of Bea and Fischer, held in Rome at the residence of Bea anticardinal, at the Brazilian Pontifical College, just after the audience given to Fischer by antipope John XXIII, Fischer himself said that his visit to John XXIII should be considered an event of historical significance, but even more important was the creation of the “Secretariat for the unity of Christians”. His visit is something temporary, but this “Secretariat” is a permanent institution that will continue the work begun.

The consequences of this satanic work:

1) “A free path” to countless initiatives of the same kind as the “Secretariat”.

2) Impulse attributed to the doctrine of the “Secretariat” based on false ecumenism and its support given by the headquarters of the central Preparatory Commission for the heretical Vatican II Council.

3) An almost absolute success in procrastination aimed at the participation of the heretics of the dissenters at the Vatican II Council in the role of “observers” as well as “guests” and the decisive influence of their presence at the Council itself. 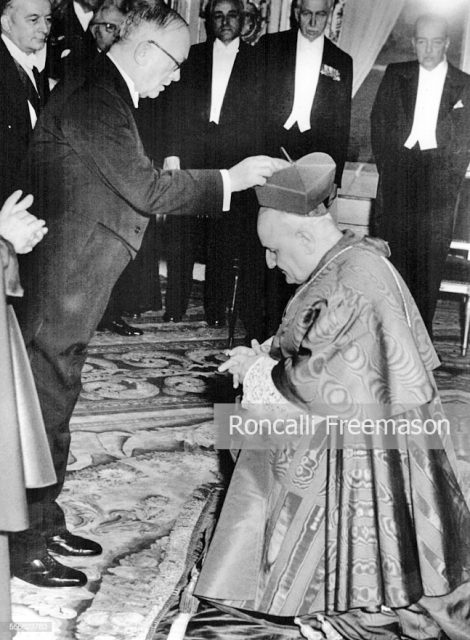 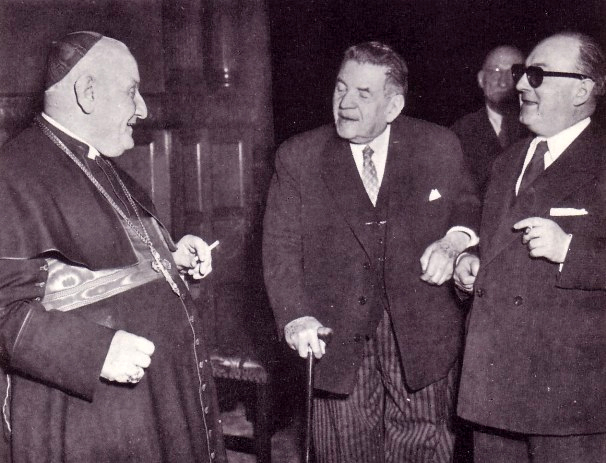 A list of these heretics made by his secretary Capovilla:

The Capovilla list ends before the heretical Council and is therefore incomplete. There are not many other visits by representatives of false religions.

Antipope in these meetings continued the work of false ecumenism, in which there was not even the slightest mention of the conversion of the infidels and heretics to the true Catholic Faith.

On January 18, 1960, the delegation of the Jewish-Masonic lodge B’naï B’rith went to the Vatican to talk to the antipope about the sudden increase in antisemitism.

To express gratitude for the help given to persecuted Jews, while he was a papal nuncio in Turkey (1935-1944) and to thank him for removing the phrase “perfidus” from the Liturgy of Good Friday.

In 1962, the Moscow Orthodox patriarch Nikodem, known to be a KGB agent, was received by the antipope John XXIII, who invited him to take part in the Vatican II Council.

The Patriarch, as a condition of his participation in the Council, obtained assurance that communism would not be condemned. Antipope John XXIII agreed to this devilish condition. A completely false myth is the claim that he, as well as the antipope John Paul II contributed to the “fall” of communism.

In 1963, the encyclical “Pacem in Terris” was published, in which antipope John XXIII called on Catholics to dialogue with communists.

Quote from this encyclical “Pacem in Terris”:

One of the most significant achievements of the United Nations was the declaration on human rights … which recognizes and supports the respect for all rights and freedoms which were mentioned in the declaration … This declaration solemnly, without exception, recognizes the dignity of all people and persons …

Antipope John XXIII could not be a pope because he was a freemason, and therefore, by virtue of the ordinances of Catholic Popes, he was excommunicated and was not a member of the Catholic Church.

He founded a new Antichurch of Antichrist in the bosom of the Catholic Church.

Logically, then, the next antipopes of this antichurch, his successors, were not and are not popes, therefore they supported socialism, freemasonry and false religions.