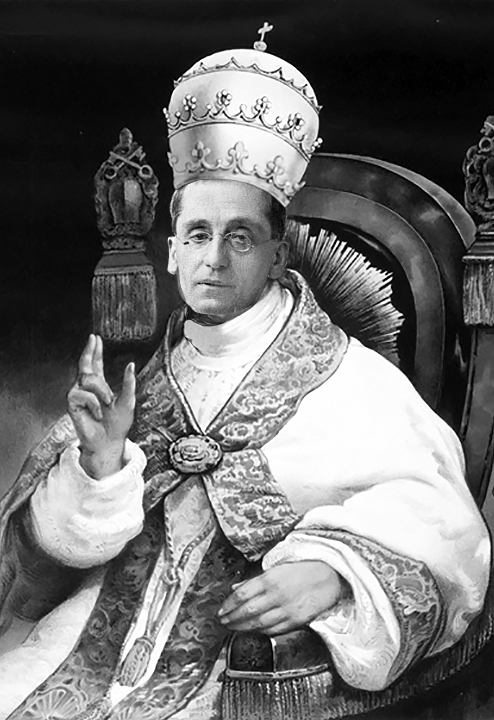 He took the name of Benedict, and his coronation took place in the Sistine Chapel.

He undertook many peace initiatives and tried to mitigate the effects of the First World War.

In 1914, he opened in the Vatican a guardianship service for prisoners and an information center on prisoners and missing persons. He organized sanitary and food aid for prisoners of war and the population of countries covered by military operations.

Preached by his predecessor Pope Pius X the Catholic Code of Canon Law, which is valid until today.

In the encyclical “Humani generis”, published on June 15, 1917, he concluded the theological basis for proclaiming the word of God in the Church.

He encouraged the faithful to read the Bible. September 15, 1920 announced, on the occasion of the 1500th anniversary of the death of Saint Hieronim, the encyclical “Spiritus Paraclitus” on the inspiration of the biblical books and the validity of the study of the Holy Scriptures.

With the Bull of “Incrementum” from 1919 he introduced prefaces for the dead and the privilege of celebrating three masses on All Souls’ Day.

He had a great devotion to the Blessed Virgin Mary.

He approved the Officium and the Holy Mass for the dioceses of Belgium in honor of Mary as the Mediatrix of All Graces. In his apostolic letter “Inter Sodalicia” he announced that “together with Christ, she redeemed the human race” by her immolation of Christ as his sorrowful mother.

He condemned the use of Marian statues and pictures, dressed in priestly robes, which he outlawed 4 April 1916.

Encyclical “Humani Generis Redemptionem” – On preaching the Word of God

For if We look around us and count those who are engaged in preaching the Word of God, We shall find them more numerous perhaps than they have ever been before.

If on the other hand We examine the state of public and private morals, the constitutions and laws of nations, We shall find that there is a general disregard and forgetfulness of the supernatural, a gradual falling away from the strict standard of Christian virtue, and that men are slipping back more and more into the shameful practices of paganism. 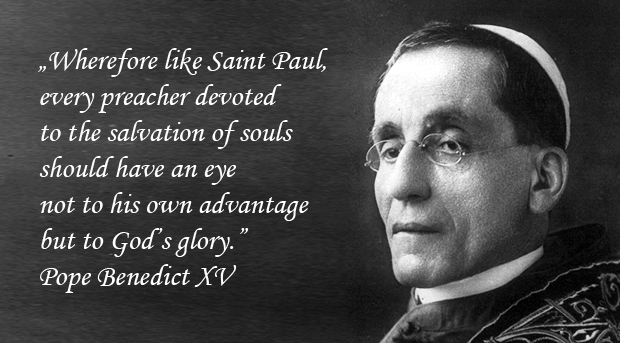