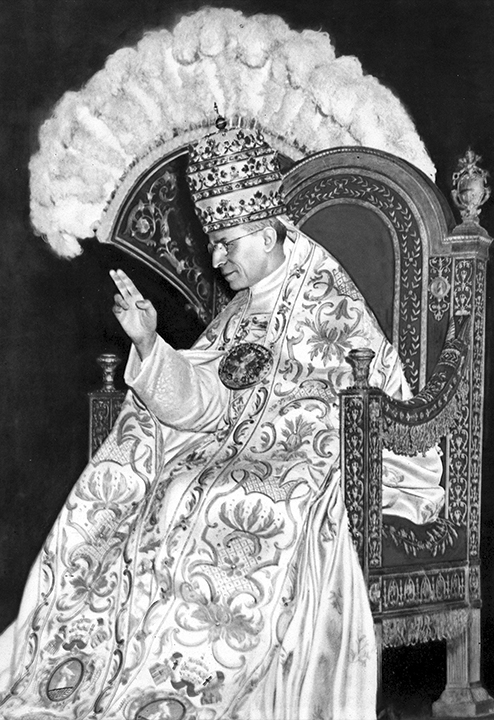 Pius XII during his more than 19 and a half year papacy did a huge job for Christ.

It is more than all his predecessors wrote for 50 years. He touched on them topics such as the Mystical Body of Christ, the Holy Liturgy, church music and the Immaculate Virginity of the Blessed Virgin Mary.

He delivered nearly 1,000 speeches covering almost every topic, from nuclear physics, through medicine, and ending with the issues of contemporary travel.

As the first Christian Teacher, Vicar of Christ used his position and office to explain from a Catholic point of view the various aspects of life. It required getting acquainted with many books. It was said that he reads one or two books daily, and also speaks six or seven languages fluently.

During the war, he tirelessly undertook actions by interceding for prisoners of war and for people living in occupied or war-affected areas. At the end of the war, he issued an encyclical in which he asked the nations to come to the aid of orphaned children.

He was distinguished by an extraordinary devotion to the Blessed Virgin Mary.

In 1942 he dedicated the world to the Immaculate Heart of Mary and supported the dissemination of the message of Fatima. In 1950 – which was the Holy Year, he solemnly announced the dogma of the Assumption of the God’s Mother, and in 1954 he proclaimed the Marian year.

Pope Pius XII was aware of the tragic situation of the Catholic Church.

He knew that a terrible cancer had penetrated the Catholic Church from within, because many priests and bishops were contaminated with modernism and that this would lead them to deviate from the Catholic faith.

Shortly before his death, he confided to the cardinal:

“The flood will come after me.” 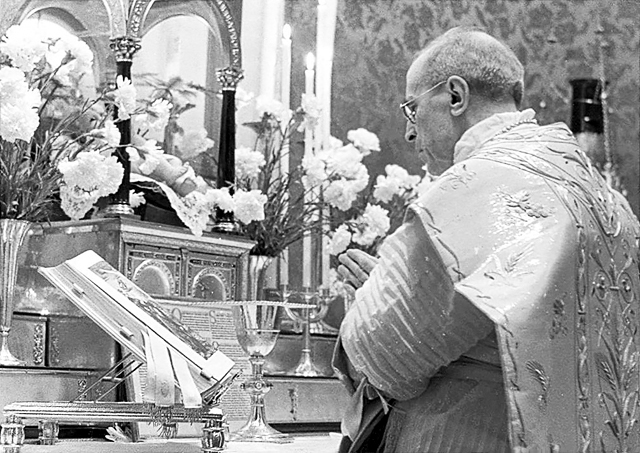 
The sacred liturgy is, consequently, the public worship which our Redeemer as Head of the Church renders to the Father, as well as the worship which the community of the faithful renders to its Founder, and through Him to the heavenly Father. It is, in short, the worship rendered by the Mystical Body of Christ in the entirety of its Head and members.

… one would be straying from the straight path were he to wish the altar restored to its primitive tableform; were he to want black excluded as a color for the liturgical vestments; were he to forbid the use of sacred images and statues in Churches; were he to order the crucifix so designed that the divine Redeemer’s body shows no trace of His cruel sufferings; and lastly were he to disdain and reject polyphonic music or singing in parts, even where it conforms to regulations issued by the Holy See. 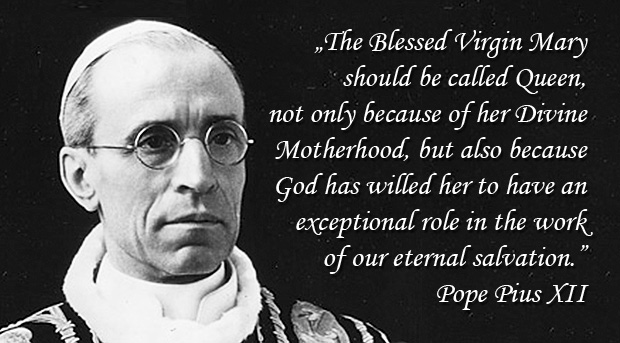 Encyclical “Ad Caeli Reginam” – On proclaiming the Queenship of Mary

Furthermore, the sacred liturgy, which acts as a faithful reflection of traditional doctrine believed by the Christian people through the course of all the ages both in the East and in the West, has sung the praises of the heavenly Queen and continues to sing them.

Ardent voices from the East sing out: “O Mother of God, today thou art carried into heaven on the chariots of the cherubim, the seraphim wait upon thee and the ranks of the heavenly army bow before thee” (Hymnus ad Matutinum in festo Assumptionis). 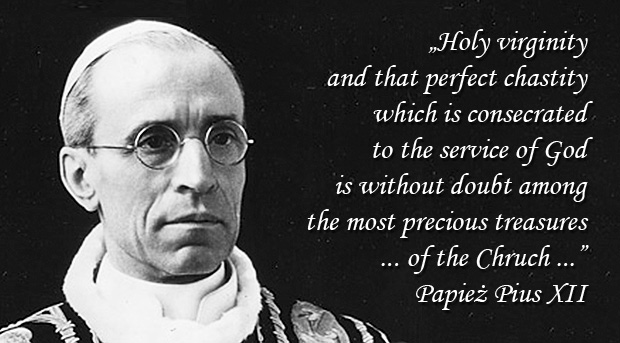 However, since there are some who, straying from the right path in this matter, so exalt marriage as to rank it ahead of virginity and thus depreciate chastity consecrated to God and clerical celibacy, Our apostolic duty demands that We now in a particular manner declare and uphold the Church’s teaching on the sublime state of virginity, and so defend Catholic truth against these errors.

(…) virginity consecrated to Christ is in itself such an evidence of faith in the kingdom of heaven, such a proof of love for our Divine Redeemer, that there is little wonder if it bears abundant fruits of sanctity. 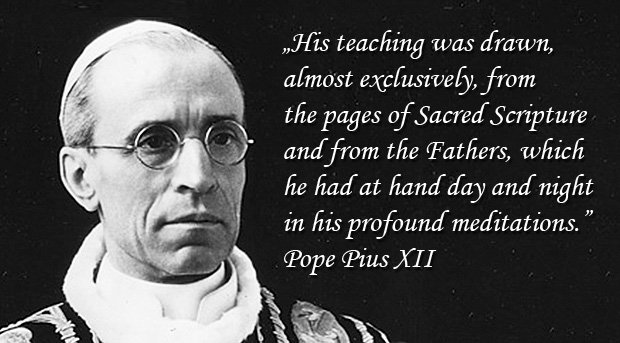 The “Doctor Mellifluus”, “the last of the Fathers, but certainly not inferior to the earlier ones”, was remarkable for such qualities of nature and of mind, and so enriched by God with heavenly gifts, that in the changing and often stormy times in which he lived, he seemed to dominate by his holiness, wisdom, and most prudent counsel.

It is a pleasure, Venerable Brethren, for the edification of us all, to quote from his books some beautiful extracts from this mystical teaching …